It does not matter how well thought through everything was beforehand, the last few days before such a massive experiment end up being fairly hectic. The last cameras and calibrated boards arrived and had to be attached to the prepared frames. We will use these to take spatially referenced photographs for later analysis if and how much biomass the plants lost during the experiments. Also, the first set of plant pallets needed final preparations: The last weeds were removed carefully with scissors in order not to disturb the sediment and the pallets that will show a cliff needed to be cut to shape. This removal of soil was also used to collect sediment samples for later analysis. Oh, and they needed more watering of course, which the sky took care of with a refreshing thunderstorm for a change. But since this is not a very reliable method, the FZK team also installed a timed watering system. 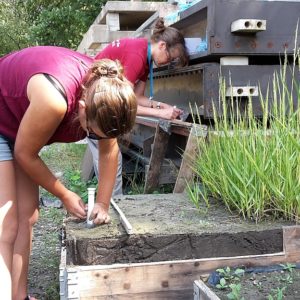 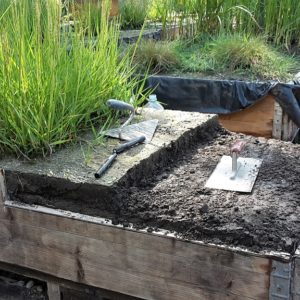 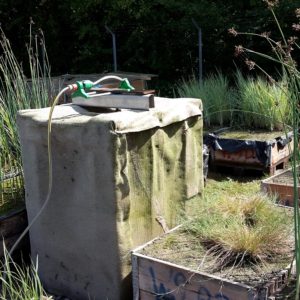 A test wave run allowed us to make sure that all instruments are working and make some adjustments where data quality was not yet quite up to scratch. The other thing this pre-test showed, however, was that the heat wave is taking its toll on instruments and the flume’s wave maker with computers slowing down and pumps heating up much more quickly than usual. Especially in this context, it was really great to have had this pre-test and it made us rethink our planned daily routine and restructuring it slightly to run the tests as early in the morning as possible, when air temperatures are still below 30 degrees. 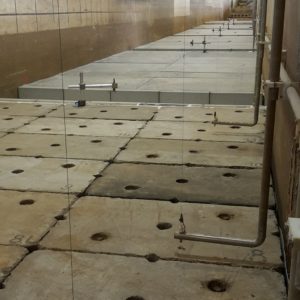 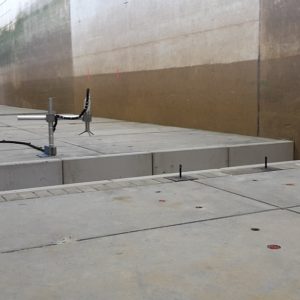 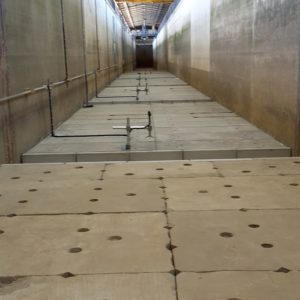 It was a fantastic effort, especially of the FZK team who never ran out of patience and always had solutions for arising problems. But now it is done. The flume looks fantastic and is and ready to take the first set of plant pallets on Monday.

This entry was posted in Uncategorized. Bookmark the permalink.